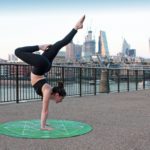 Ignorance is strength. War is peace. Freedom is slavery. George Orwell, publishing his novel “1984” in 1948, foretold the future because he was living it. He had witnessed Stalin’s Russia and Hitler’s Germany. In Stalin’s time, hundreds of thousands of dedicated loyalists gave their hearts, minds and toil to the state. These patriots then discovered […]