Do you want to be a machine? What happens when your employer wants to treat you like one? What does this do to health care?

The digital economy allows you to measure much.  What gets measured gets managed.

The ideas of “scientific management” achieved their first apotheosis over a century ago with Frederick Taylor.  Henry Ford used “Taylorism” to transform Ford in a corporate colossus. In the digital economy, where contacts, phone calls by the tenths of seconds, sales by the second, even digitized measures of facial expression can be generated and analyzed, Taylorism  has achieved a new vogue.  Its  principles:

1. Cut jobs into the simplest components.  If they can be done by machine, do them by machine.  If they need operators, make the work done as simple as possible.

2. Measure everything you can regarding production.

3. Pay the human operators purely on the basis of “production.” Vary incentives as necessary – for example, GE would automatically cut 10% of the “lowest producers” each year under its heralded leader, “Neutron Jack” Welch (it appears to have ditched this procedure.  Hmm.)

Taking care of people is different than making sausages or telemarkerting  calls.  A large part of the therapeutic component of health care is “the doctor as drug” – a sense that a human being is caring for you, understands what is going on with you, and wants greatly for you to do well.  Also, much is learned via a history – learning the many intimate details of a patient’s life that allow you to make a reasoned judgement regarding their health.

Taylorism has little interest in all that.

Today, medical workers are managed more and more as if we were machines. Generally the more patients you see, the more money you can make.  With money – “productivity”to many health care managers  acting as the abiding factor – you measure first what makes money by the minute or second – and what wastes it.

So surgeons know that procedures make money – but not to the same degree.  Complicated, long cases may pay considerably less than simple procedures – and have less complex filings with insurance companies. Better to do botox injections  than facial reconstruction.

Also, paperwork is “wasted time.”  You try to overcome the waste by hiring other, less trained people, to do it.  Today, the ratio seems for every hour a practitioner works, two hours of support staff time is needed. What do they do- fight insurance companies, fill uselessly long and padded reports, fax repeatedly “preauthorization” reports to pharmacy benefit companies on pills that cost a penny each and which the patient has taken successfully for a decade.

Knowing the game, insurers and benefit managers treat it like an arms race – and they change the rules.

They try as much as possible to increase “time demands” and  “documentation” for each medical visit.  As the documentation becomes more and more complicated, the less patients can be seen – and the higher, they believe,  their profits.

Medical practitioners respond in kind.  Electronic health records are created that can magically put out 14 page patient reports based on 5 minutes of actual face time.  In keeping with Taylorism, clinical notes are then  handed off to “scribes” – not ancient Egyptians serving the Pharaoh, but bright eyed young folks who “transcribe” the medical record, rather than the practitioner who presumably knows what’s going on (nobody seems to care all these results are routinely hacked.)  Insurance companies respond with greater documentation demands – to tie up practitioner time is to “reduce losses.”  Excessively long treatment plans is a great way to reduce time practitioners can spend with patients – with no proof whatsoever that they do any good – or are even read.

The result is inevitable. Practitioners will do the stuff that generates money the fastest with the least amount of paperwork and documentation.

So procedures get done in droves.  Lab tests in the billions.  CAT scans and PETT scans and ultrasounds in the hundreds of millions.

Where is the patient in all this? Lost in the shuffle. 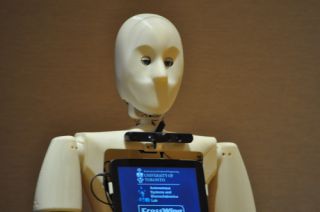 Because Taylorism is not a great way to provide health care.  Humans want humans to take care of them, not humans masquerading as machines.  A physician who looks at her monitor and pad rather than you does not inspire confidence.  Future insurance company options, where patients will be accorded “quick” responses by email or Skype by people that have never seen, also do not bode well.

There is nothing worng with measuring outcomes.  Outcomes that count, like  well-being, work capacity, psychological resilience and mortality, are fully worthy of scrutiny.

But when the main measures of “productivity” are procedures, numbers of visits, and total tests billed, somebody loses.  That somebody is most of us.