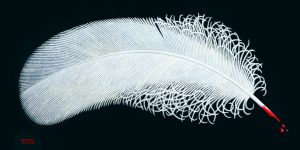 When the Past Is Prologue

Humans don’t see threats until they’re kicking at the door. But that does not mean you can’t put a crisis to good use.

Chance rules the world. As Nassim Taleb showed in “The Black Swan” and other books, low probability events can create  high impacts.

But the threat to the U.S. is not from Ebola. Despite ham-fisted preparedness and incendiary political grandstanding about perilous borders and cocktail parties, chances are very, very low we will see an Ebola epidemic in this country. Other parts of the world are proving less fortunate. As our military now recognizes, their security is our security. If we don’t help them, we hurt ourselves.

Yet biology cares little for individuals. Species survive – single individuals are expendable. In the many epidemics that have shaped human history, our profusion of varied genetic and environmental responses has kept humanity alive. Few recall that mankind almost died about 70,000 years – and probably came close many times since. Yet hundreds of million of individuals have perished.

We live and think as individuals. To preserve our survival for the next epidemic – and the next – we better change our tune,  and consider public health.   For we are unprepared:

Governments are now attempting to bribe Big Pharma companies into antibiotic development. Similar work should be done on antivirals. And to think they used to call pharmaceuticals the “ethical drugs” industry.

Biological changes often move light years faster than politicians. It is remarkable that the same people who declare global climate change a myth also have called for “quarantines” for West Africa. Do they want failing states to collapse? Warlords to win control? Economies to depress? You can stop airlines – people will still move.

Perhaps the only way to get infection real attention – since virtually no politician utters the  term “public health” – is to define it as a security issue. There is precedent. In past centuries, public health services were part of military or police services, absolutely necessary to protect the nationc.

Now we really need to protect the public health. Some measures we can take include:

So does a truly healthy nation. What did we learn from 9/11? As the mess with ISIS, the advantaging of Iran, and our unpreparedness for novel bioweapons shows, we learned something important – that we don’t learn well or quickly.

We need to get smarter pretty fast.