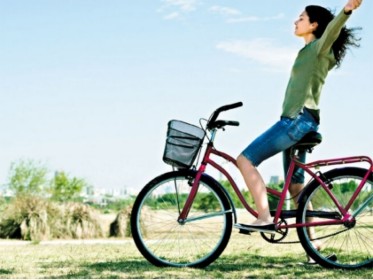 British researchers now argue that over 40% of tumors are preventable through lifestyle change. The biggest factors are: tobacco, diet, physical activity, and environment (sunlight and pollution.) People greatly fear cancer. But does knowing what causes cancer prevent people from doing what’s dangerous?

Because some of the most powerful global economic actors want to stay in business and grow their profits. And behind them lay some of the strongest forces in human biology.

Yet much can be done. Cancer kills. It kills swiftly, slowly, widely and horribly. Here are some ways to prevent it.

People know tobacco products are very bad for them. Yet they can’t stop. They use patches, e-cigarettes, hypnosis, atropine shots, and nicotine gum to quit. Most attempts fail. So what can be done?

First we should recognize that the tobacco industry will do anything to keep going. Presently they are trying to control the market in e-cigarettes. Paradoxically, further regulation may help them reach this goal. Further, tobacco companies are spending heavily on research to create “healthier” cigarettes and nicotine distribution devices.

Individually, people have to recognize how extraordinarily difficult getting off cigarettes can be. Smokers smoke for a reason – not just addiction. Nicotine is a powerful drug. Smoking provides some individuals pleasure, others solace, many the illusion of decreased anxiety and tension. So quitting smoking means changing multiple habits. To quit you often need to replace smoking with something else – like exercise or productive work. Family and social support helps. Cheap, public supported treatment programs may help. Looking at smoking as a physical, psychological and social ailment can help. So can a comprehensive view of health as involving physical, mental social and spiritual concerns. Hundreds of millions of lives lie in the balance.

With food, pleasure generally trumps principle. People know junk food is bad for them. But they love, love sugar. Today, researchers are starting to argue that sugar is not just a carcinogen. They believe itsaddictive power rivals heroin or tobacco.

Food companies, like tobacco companies, want their customers coming back. They spend many billions successfully figuring out ways to make that happen.

Fortunately, there is a lot that can be done to improve diets worldwide, including:

Why walk when you can drive? Americans love their cars.

They might adore them less if they saw what pollution does to their lungs, hearts, brains and obesity rates (yes, more pollution means fatter kids.) But the shale revolution is bringing back cheap gasoline.

And how can you walk to the mall?

The answers here are both obvious and politically costly: a carbon tax and  publically supported mass transit. A carbon tax would do more than just cut cancer rates. It could unleash American entrepreneurs to greatly improve energy conservation. It would incentivize people to use their feet, bicycles, buses and subways to get where they want to go. It would increase energy independence and national security. Not least, it might help save our great cities, and perhaps the homes of half our population – as well as protect our food supply. Denying the impact of global climate change is one of the greatest scandals of our age. Mother Nature does not listen to ideological rants. People who claim climate change costs are “viable” should explain how and where they plan to move Washington, Los Angeles and New York.

A carbon tax might do more than jumpstart large sections of the economy. It could prevent many cancer and heart disease deaths. Not least, it might help save ourselves from ourselves.

Individuals can do much to prevent cancer. Yet human biology – particularly the pleasure principle – and large, politically powerful industries are often arrayed against us. Saving money and lives can be effectively accomplished by changing the economic incentives of food and energy production.