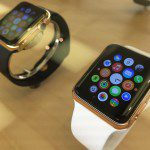 Is the Applewatch a way to self-health? The Apple Watch wants to keep every Dick Tracy alive and healthy. He will be notified when it’s politic to get up and stand, how many steps he takes getting to a perp, and whether fellow cops, friends or criminal masterminds are anywhere in the vicinity. […] 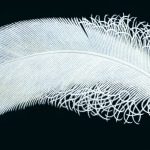 When the Past Is Prologue Humans don’t see threats until they’re kicking at the door. But that does not mean you can’t put a crisis to good use. Chance rules the world. As Nassim Taleb showed in “The Black Swan” and other books, low probability events can create  high impacts. But the threat to the […]

Health and Economics Out of 33 countries considered to possess a “developed” economy, there is one that does not have universal health coverage. That country is the US. Historians argue why we are such an outlier.  Not only do we not possess universal health care coverage, but national policies rarely reward health as the goal […]

We Need a New Health Paradigm Sorry. We’re not about to see “The End of Illness,” the title of the popular new health book written by oncologist/entrepreneur Dr. David Agus. Agus promises a lot. You will be able to “live robustly to a ripe old age of one hundred or more.”  Then you will die, […]

Cutting Out Deaths from Heart Attacks In the last eight years , from 2002 to 2010, Britain has more than halved its heart attack death rate.  According to recent data published in the British Medical Journal, over half the decrease occurred in the number of attacks.  The rest of the improvement was due to increased […]